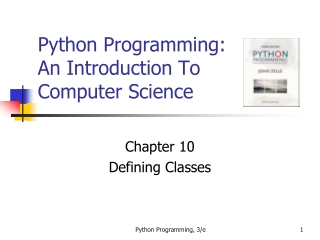 Python Programming: An Introduction To Computer Science. Chapter 10 Defining Classes. Objectives. To appreciate how defining new classes can provide structure for a complex program. To be able to read and write Python class definitions.