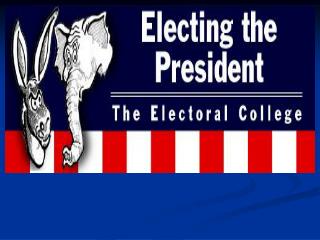 10- 1 - . elections and campaigns. what are the constitutional requirements for elections? election rules were left up to

What 3 qualifications for the U.S. Presidency are listed in the Constitution? - Bell ringer 10-31. please write down

The Electoral Process - Fair game or stacked deck?. the electoral process. i. gerrymanders: the fix is in?. original