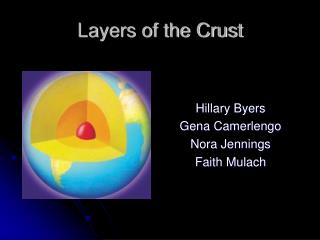 Layers of the Crust Layers of the Crust

Ge277-2010 Stress in the crust Implications for fault mechanics and earthquake physics - . motivation basics of rock

Volcano - . volcano. ~ an opening in the earth’s crust where hot gas, rocks and magma erupt; they occur along plate

Uranium Deposits - Uranium is a very dense metal which can be used as an abundant source of concentrated energy. it

Ecology - . what is a biosphere?. the part of the earth that supports living organisms includes the topmost crust, the