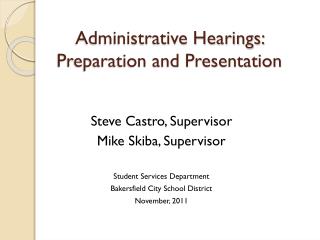 Politics and play - Lighter moments between the news conferences, hearings and briefings in washington,

ADMISSIBILITY OF EVIDENCE IN ARBITRATIONS AND DISCIPLINARY HEARINGS - . what is evidence?. information or things placed