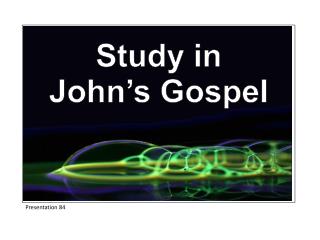 Introduction to the Gospel of Luke - . l ongest of the four gospels. a ddressed to an individual ( theophilus ).

The Gospel According to John - . an overview of john’s gospel. a different perspective on jesus and his life than the