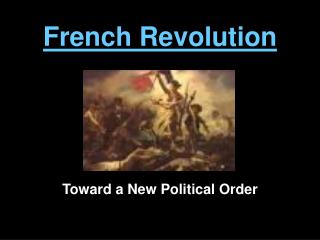 French Revolution. Toward a New Political Order. Daily Response. Define “revolution” List as many revolutions as you can. Revolution. Usually seen as radical, bloody overthrows of political power followed by the institution of extensive changes in government and society.

The Industrial Revolution - . industrial england: &quot;workshop of the world&quot;. that nation of shopkeepers!