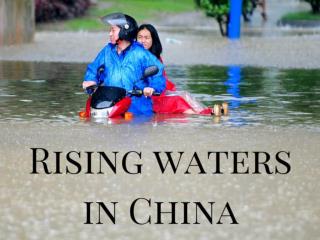 Flooding, an annual problem in China, has been exacerbated by urban sprawl and poor drainage infrastructure in many cities. Salty Waters - . the solar still challenge. what happens if you have no access to fresh water?. how can you desalinate

Natural Waters - . take a few minutes to talk about water… cycling between reservoirs (hydrologic cycle) what are

Wonder Waters - . by: kaitlyn struemke. i ntroduction. organization created to bring clean water to people who need it