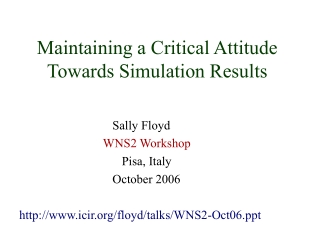 Attitude 101 - . dr. john c. maxwell. how does attitude impact leadership?. attitude is always a “player” on your

Honors English 105 - . beth ritter-guth’s expectations. what is english 105?. attitude is everything prepared engaged

edgeqld.au/ - Http://edgeqld.org.au/. library excellence tour. it is time to get personal. the goal of personalization is

ATTITUDE OBJECTS - . the people, subject or situation towards which an attitude is directed. what is an attitude?.

Attitude isn't the right way - . more attitude. attitude and leadership. this is my attitude story thank you for

History of jat.attitude - . noriko takada april, 2004. how i started …. need of thesis topics interest in attitude