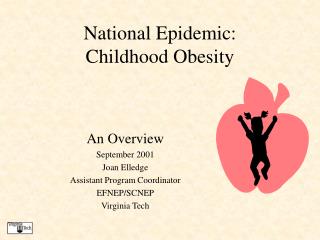 Fast Food and Obesity - How does fast food affect obesity? by christie demps fast paced lives there is a high demand for

Obesity - . welcome to the obesity

The Pharmacology of Obesity - . ch 31. learning objectives. epidemic of obesity why treat obesity? pathophysiology of

Health and Wellness: What everyone should know - . pat duncan. health and wellness. physical fitness nutrition sleep