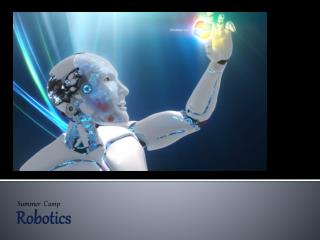 Summer Camp. Robotics. Summer Camp: Robotics. Camp Objectives. Robotics Camp has been designed to introduce the science behind the design and operation of robots. By the end of this camp session, you will be able to: