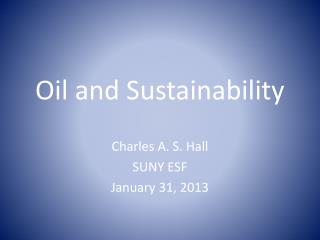 Sustainability and Innovation - . professor ray amtmann. the reality of sustainability. there is no alternative to