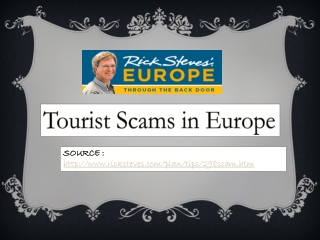 WELCOME! - . organization/event name date. how much do you know about scams &amp; swindles?. icebreaker take the quiz

Eastern Europe &amp; Northern Europe - . the side left behind…. do now. why was europe and the world so afraid of

EUROPE AFTER THE COLD WAR - . essential question : in what ways has europe changed in the post-cold war era (1991 to

Europe PubMed Central - . contents. europe pmc: a summary how content is added to europe pmc benefits of a europe-wide

A view from Europe - . 5 may 2009 john wilkinson chief executive. contents. some facts about the sector in europe how