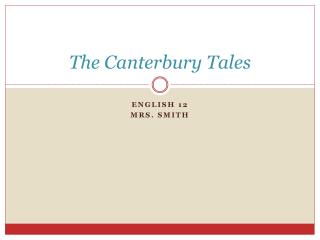 World Literature - . a study of tales from around the world. by: mr. fallon. some advice about notetaking. summarize with

The Canterbury Tales - . by geoffrey chaucer 1343-1400. the canterbury tales. was the first fictional piece of literature