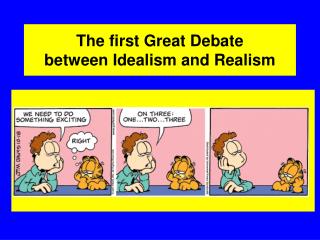 Argumentation &amp; Debate - . resolutions and stock issues. what is a debate resolution?. an affirmative statement

Realism, Concepts and Categories Or: how realism can be pragmatically useful for information systems - Vt. realism,

Romanticism to Realism - . realism last quarter of 19 th century in some ways a reaction against romanticism and what

Realism - . romanticism review. what are the characteristics of a romantic text?. romanticism. strong connection to

THE GREAT DEBATE - . the giver edition. so hyped for these debates!!!!!. with a partner, discuss:. do you agree with the

Cary Academy Speech &amp; Debate Team - . lincoln douglas debate one on one. format is similar to the 7 th grade