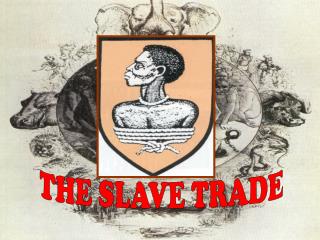 THE SLAVE TRADE. JOB DESCRIPTION OF A SLAVE:. WHAT IS A SLAVE?. Sex - . Male or female. Any age; from 4 until death. Age -. Characteristics -. Poor and vulnerable; prisoners captured in tribal wars; Africans captured by European slave traders. Hours -.

Africa and the Slave Trade - . objectives. describe the development and cultural characteristics of west africa in the

African Slave Trade Cornell Notes - . 1. in what areas of the world (climate) was the slave trade most popular? 2. why

Slavery in Africa and the Slave Trade - . u.s. history. slavery in western africa. as we discussed earlier, europeans

The Slave Trade - . swbat: identify the terms middle passage and triangular trade and describe the journey a slave made

Colonization of Africa &amp; The Slave Trade - . social studies . why was africa colonized?. africa was colonized for

The Effects of European Colinisation on Africans in the Slave Trade - . by elanor , izzy, kirsty , mimi, sam and sophie.

The Slave Trade - . what was the impact of slavery on africa and how did the africans resist?. trading ship. the