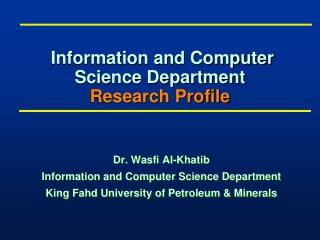 Department of Computer and Information Science - . ph.d. graduate program. where is the university of oregon?. eugene.

Computer Science Department PhD Information Colloquium - . have you set your goals to: shape the computer industry of the