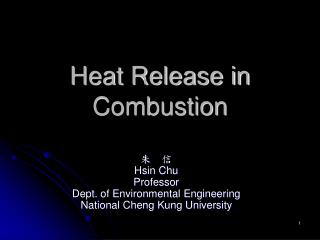 Role of Fuel Combustion Method in Rate of Heat Release

Finite Heat Release Model - . in the otto cycle it is assumed that the heat is release instantaneously. a finite heat

Determining the Molar Heat of Combustion for Paraffin

Combustion in CI Engine - . in a ci engine the fuel is sprayed directly into the cylinder and the fuel-air mixture

The heat of combustion – in other words, the amount of thermal energy - . released in the process of burning a mass