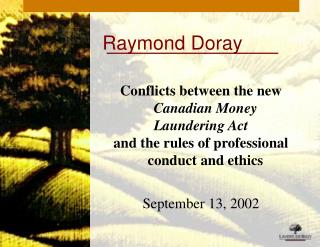 Raymond Cattell - . 1905 - 1998. theory. credited with developing one of the first comprehensive trait theories of

Bennett Raymond - . family. family tree. sports. i like to play baseball more than any other sports. i also play

Raymond Briggs - The snowman. raymond briggs. on a cold february morning, brian awoke to the sound of a snow plow,

Raymond Fisman - An economist’s view of cultural change. raymond fisman. culture according to economists. tells us how

Raymond Briggs - The snowman. raymond briggs. on a cold february morning, brian awoke to the sound of a snow

Usher Ringtones - Raymond V Raymond (New Album) - If you decide to change yours over and over, it costs you a chance.

By Raymond Mnenwa - Sustainability standards and agro-food exports from africa: case of vegetable exports from tanzania.

By Raymond Briggs - . the boy woke up and got dressed. the boy went outside to play. he was excited. it was snowing. he

By Raymond Greenlaw - Anatomy, dissection, and mechanics of an introductory cyber-security course’s curriculum at the