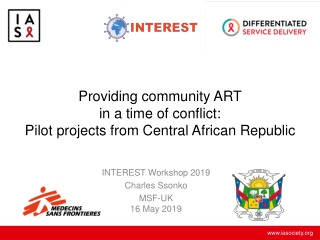 PMTCT: a moving target or a moving strategy? - . 23rd june 2008 msf access campaign. objectives of the meeting. to review

Up Date Prevention of Mother to child Transmission of HIV and plan for CURE : A Global Challenge - . yvonne bryson md

WHO's Contribution to Scaling Up towards Universal Access to HIV/AIDS Prevention, Care and Treatment 2006-2010 Departm