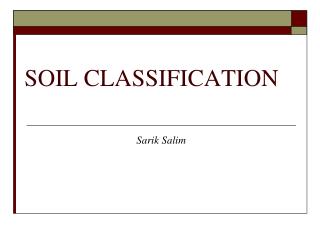 SOIL CLASSIFICATION - . according to their particle sizes, soils are divided into two:. coarse grained soils: gravel

Soil Classification NR 200 Chapter 3 - . why classify?. soils are classified on the basis of their profile