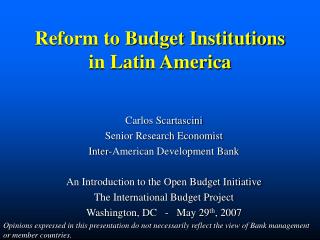 Justice reform in Latin America : - . why is it so difficult ? luis pásara wwcis – may 1, 2012. obstacles originated

Budget Institutions in Latin America: What have we learned in the last decade? - . ernesto stein research department