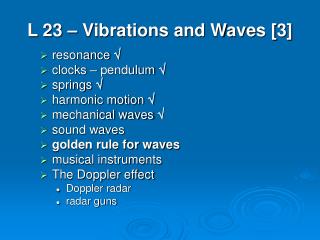 Doppler Effect, Bow Waves, and Shock Waves - . doppler effect. ~apparent change in frequency of a wave due to the motion

Mechanical Waves - . mechanical waves. in mathematics and science , a wave is a disturbance that travels through space