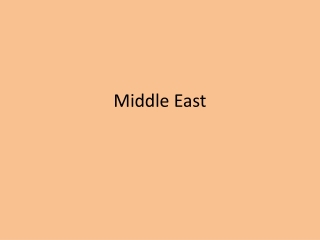 Middle East as “shatterbelt” - . “a large, strategically located region that is occupied by a number of conflicting