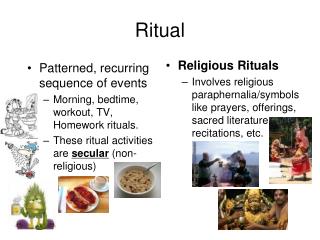 The Writing Process - From idea. the writing process. to paper. getting started. your writing ritual set aside dedicated

Mikveh: Immersing in the Ritual Pool

Peloponnesian League ca. 500-480 BCE - . athens’ response to sparta’s concern that the athenians will ally with

The Bargaining Process Part I - . does the law of contracts need a ritual?.

BODY RITUAL AMONG THE NACIREMA

Body Ritual Among The Nacirema - . by: horace minier. the nacirema. who are the nacirema? where do they live?. the

Ritual and Rite of Passage - . what is a ritual?. any regular activity done in a set pattern autopilot that guides us

Ritual and Belief - . clifford geertz on