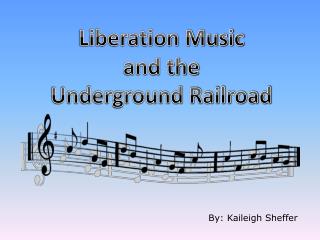 Liberation Music and the Underground Railroad

Song lyrics are an easy and global way to let people know what is going on. ... for your own country, each song has powerful lyrics that give listeners a strong ...

Liberation Music and the Underground Railroad

Bangladesh Liberation War - . what was the duration of the war?. name the three countries involved. what did jinnah