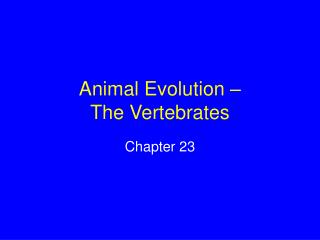 Animal Evolution – The Chordates - . chapter 26 part 2. 26.10 birds—the feathered ones. birds are the only animals

Chapter 18 - 0. chapter 18. the evolution of animal diversity. what am i? of some 1.5 million species of organisms known