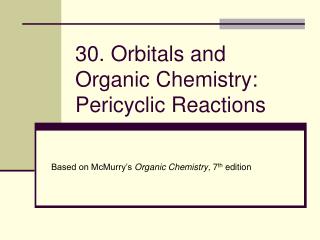 Organic Pizzas - Organic pizza is popular in the fast food menu. finding a healthy, well-balanced meal in most fast food

Hybridization of Orbitals - . creating bonds that are neither pure s nor p nor d!. valence bond model. linus pauling

Lecture 18: Orbitals of the Hydrogen Atom - The material in this lecture covers the following in atkins. the structure

Filling Electron Orbitals - . orbitals are the area in space where electrons are found each individual orbital holds 2

S-orbitals - P-orbitals. s-orbitals. #30 how many electrons are in the highest occupied energy level of these atoms:.