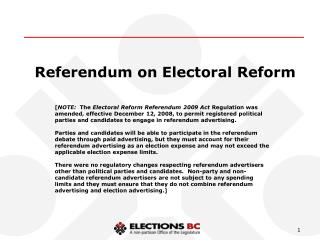 REFERENDUM - . a referendum is a process to stay a law recently enacted by the general assembly until the law itself can

Quebec Referendum Question, 1995 - . do you agree that quebec should become sovereign, after having made a formal offer