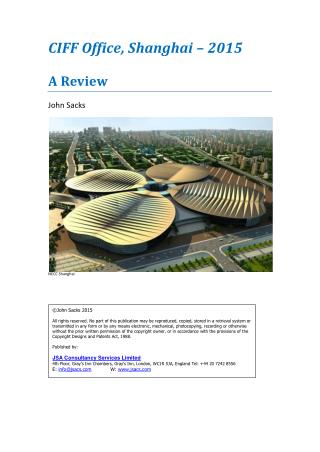 A Brief Review of CIFF Shanghai 2015 by John Sacks (Jsacs.com)

The China International Furniture Fair (CIFF) recently held in Shanghai 2015, is a show held in two parts. At the end of March 2015 in Guangzhou and this September, for the first time, here in Shanghai at the new, vast, Foster designed National Exhibition and Convention Center, which at 1.47m sq.m., is claimed to be the largest single block building and exhibition complex in the world. John Sacks, an office furniture design, sales and marketing consultant based in London, reviews the CIFF Shanghai 2015 office portion of the fair and reports on notable trends and a selection of companies and products.

A Brief Review of CIFF Shanghai 2015 by John Sacks (Jsacs.com)