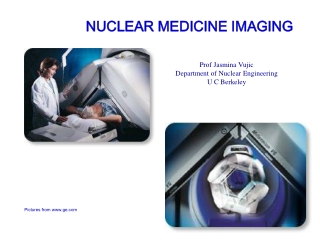 These deposits appear within 12 hours of the heart attack. ... The technetium heart scan is not dangerous. ... that different views of the heart can be scanned. ...

Background for Discussion – Nuclear Medical Imaging Publication - . in june, 2001, proposal made to tab to split off

The Role of Nuclear Medicine in Infection/inflammation - . hussein s. kartamihardja department of nuclear medicine and