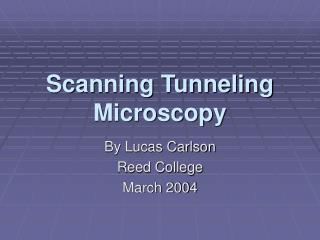 Tutorial on Microscopy September 15, 2007 - . why the need to study microscopy ? it is a tool complementary to molecular

Environmental Scanning: what it is and how to do it - . welcome to the webinar we’ll be starting shortly….