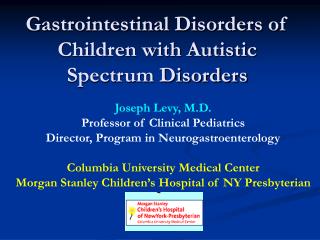 Autism Spectrum Disorders - . a group of developmental disabilities that can cause significant social, communication and

How does it feel to be a child with Autism Spectrum Disorder? - . catharine silva. review of literature. defining

Gastrointestinal Disorders - . . main points. what are the most common disorders?gerdibspudcrohn's diseaseulcerative

AUTISM SPECTRUM DISORDER ASD: A GENERAL OVERVIEW - Autism is actually a subtype of a class of disorders known as ...