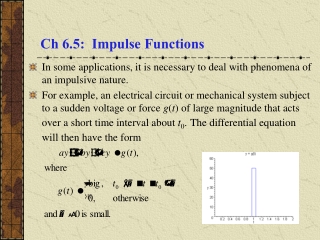 Ch 6.5: Impulse Functions. In some applications, it is necessary to deal with phenomena of an impulsive nature.