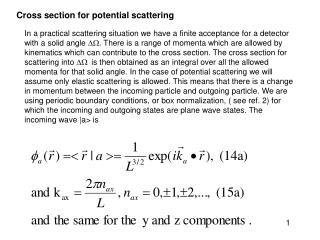 Cross Section Craziness - . we sliced horizontally and vertically . y esterday …. so, tell me…. what is a cross

Collision Cross Section: - . ideal elastic hard sphere collision:. where w is the collision cross-section. where d is the

Cross Section Construction - . a big part of our task is to walk around collecting surface data, then we make a

Cross-Section Correlation - . what is correlation. connecting rock layers from different outcrops that are the same in