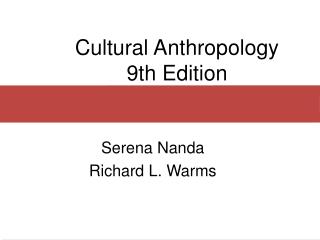 The Nature of Cultural Geography - . chapter 1 the human matrix. discussion. pair up into dyads discuss these two