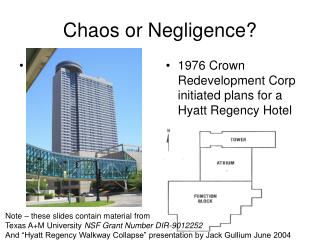 Slow Down Break Down - . slow down ? . break down !!. economic chaos resulting in job loss &amp; suffering of common

BE FOUND - . be engaged. be successful. cure the chaos: how to coordinate your company’s social media efforts.

Legal Implications for Nursing - . legal terms. negligence a general term that refers to conduct that does not show due

Business Law I Intentional Torts and Business Torts - . tort means “wrong”. a tort is a violation of a duty imposed