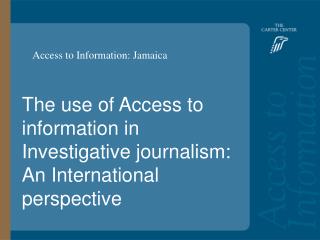 The NLM Indexing Initiative: Current Status and Role in Improving Access to Biomedical Information - . a report to the

Information Security - . rootkits dr. randy m. kaplan. rootkits. what is a rootkit? been around for more than 10 years a