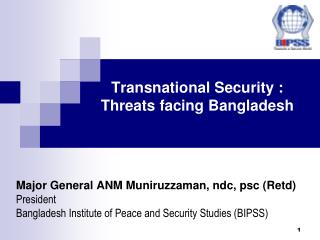 The Dangers of the Internet: Social Networking and Computer Security Threats - . agenda. introduction security threats to

Internet security - . are our compliance regulations falling behind. in the beginning. new security threats were

Bangladesh - Bangladesh? where is it? bangladesh map with a population of 120 million people packed into a land mass no