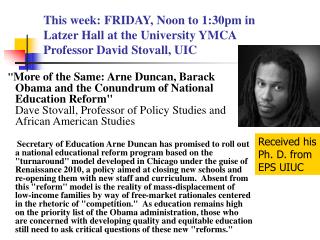 Energy &amp; Ecosystems Ch 53 and 54 Study Guides are Due Friday Test Friday! - . biosphere - the part of the

DC Circuits - . october 15, 2008. this is the week that will have been. today complete resistance/current with some

Good News and Bad News - . good news. next week is a three day week—thanksgiving is nov. 24 study session this

Electrostatics Chapter 23 - . most classes will begin with a slide similar to the following. what’s happening. clicker