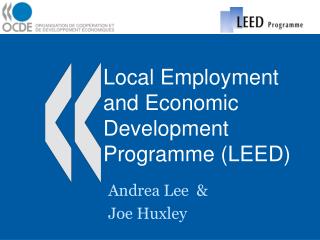 The Organisation for Economic Co-operation and Development - . what is oecd?. international economic organisation of 34

Nicole Wallace LEADER Programme Manager - . what is leader? an eu fund which aims to support ‘bottom up’ economic