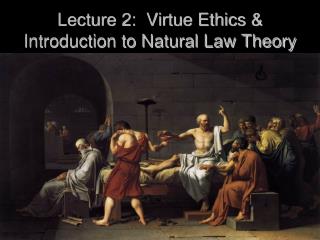 Lecture 2: Virtue Ethics & Introduction to Natural Law Theory. Basic Framework of Virtue Ethics: What type of a person should you be?. Premise 1: An action is right iff it is what a virtuous agent would do in similar circumstances.

Meteo 1020 – Lecture 4 The Natural Variability of the Earth-Atmosphere System - . natural variability can be classified

Julia Annas “Being Virtuous and Doing the Right Thing” - . how do we address the ‘vices’ of virtue theory? how