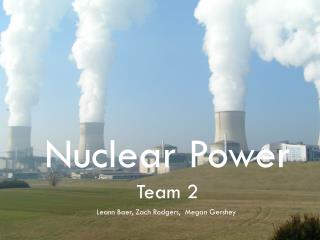 Dinuclear system model in nuclear structure and reactions - . the two lectures are divided up into. i. dinuclear effects

Chapter 20: Nuclear Energy and the Environment - . nuclear energy. the energy of the atomic nucleus two processes can be