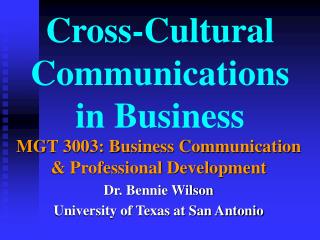 Cross-cultural communication: - . effectively communicating with others from around the world. international student