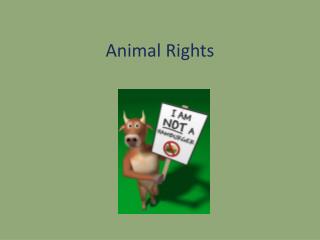 Animal Rights - . direct vs. indirect duties towards animals. direct duties: duties owed to the animals themselves

Animal Rights - . do animals deserve to be given the same respect and dignity that we afford the members of our own

Animal Cruelty - . by lenard, denae, fiona, and ashli. warning. pictures are graphic and are not for those who are