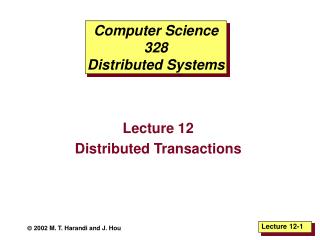 CHBE 594 Lect 09 - . what do agencies really fund?. reminder about the first assignment. find a interesting topic, and

LECT 22: LIPIDS, MEMBRANES, AND CHOLESTEROL - . lipids and cholesterol in the body derive from food intake and from de

LECT 21: REGULATED PROTEIN TURNOVER - . cellular proteins have different stabilities. it is the combination of synthesis

Lect 5 - . cash flow analysis. the representation of the future earnings, along with the capital expenditures and annual