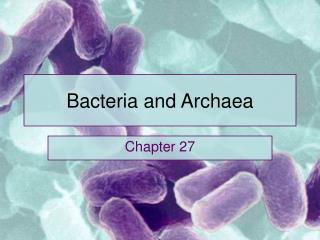 Archaea and Bacteria- The PROKARYOTES - `. archaea and bacteria- the

VIRUSES, BACTERIA, ARCHAEA and PROTIST - . viruses. virus = (latin) poison viruses are not considered to be living. do

Bacteria and Archaea - . chapter 10 section 1. warm up. what is the difference between the two pictures in the following

Domain Bacteria and Archaea (Kingdom Monera ) - . prokaryotes microscopic organisms that do not have a nucleus 1 to 10