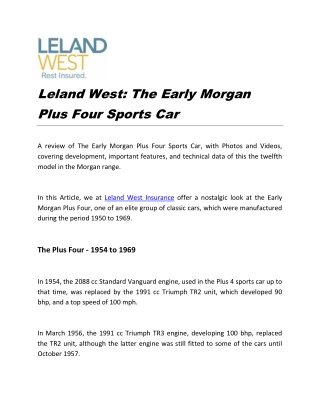 A review of The Early Morgan Plus Four Sports Car, with Photos and Videos, covering development, important features, and technical data of this the twelfth model in the Morgan range.

Sports in Early America - . festivities/sports. pilgrims rejected the idea of christmas as a holiday. some new arrivals

INT League Amateur Water Sports Tour - . west virginia phil knuckles. who is int?. the int league is a not for profit