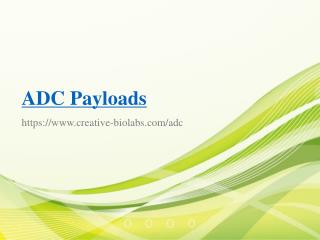 Antibody-drug conjugates (ADCs) are next-generation targeted anti-tumor agents that are constructed by the covalent coupling of a monoclonal antibody with a cytotoxic payload drug via a small molecular linker. As a key factor in an ADC, the payload drug dictates its efficacy. ADC - . adc. perform a function which is exactly opposite to that of a dac. input to adc is the analog voltage v a and at

ADC channel - . r&amp;d for the next generation of gaseous photon detectors for imaging cherenkov counters. jarda

adc platform - One essential part in adc development is the synthesis of the drug-linker complex. this process is