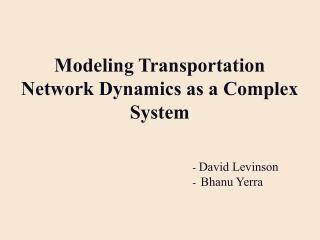 TRANSPORTATION PROBLEMS - . introduction . transportation problem is a special kind of lp problem in which objective is