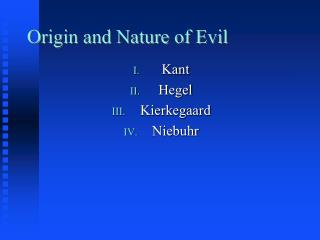 Origin and Nature of Evil

Origin and Nature of Evil

Chapter 7 - . attitudes and attitude change: influencing thoughts and feelings. chapter outline. i. the nature and origin

Macroevolution - . macroevolution. the origin of taxonomic groups higher than the species level concerned with major